Greek sculptors loved to recreate this divine conflict through their art. The King is a replica of the famous statue “Poseidon of Melos” (2nd cent. B.C.), and the Queen represents the glorious “Athena Promachos” (450 B.C., Acropolis Museum). A bronze Hellenistic statue has inspired the Bishop and the Knight is a part of the marble facade of Parthenon sculptured by Pheidias. The castle is a reproduction of one of the most admirable Attic stele devoted to young Aristion who died in battle. Finally, the Pawn is a bronze statue of a fully armed warrior in 500 B.C.

A glorious city was the bone of contention between two powerful gods. The God of the Sea, Poseidon and Goddess of Wisdom, Athena, each one wanted the city to be named after themselves. The divine conflict was fierce so Zeus declared that each god had to make an offer to the citizens. Poseidon lifted his trident  and struck the rock of the Acropolis where sea water burst out. “It will warn you for upcoming storms. Your city will conquer the seas”, he said. Athena knelt and touched the ground where an olive tree started to grow. “For food, oil, wood and light. Your city will become the symbol of civilization”. Despite the rage of Poseidon, Athena’s gift was preferred and ever since the city is called Athens. 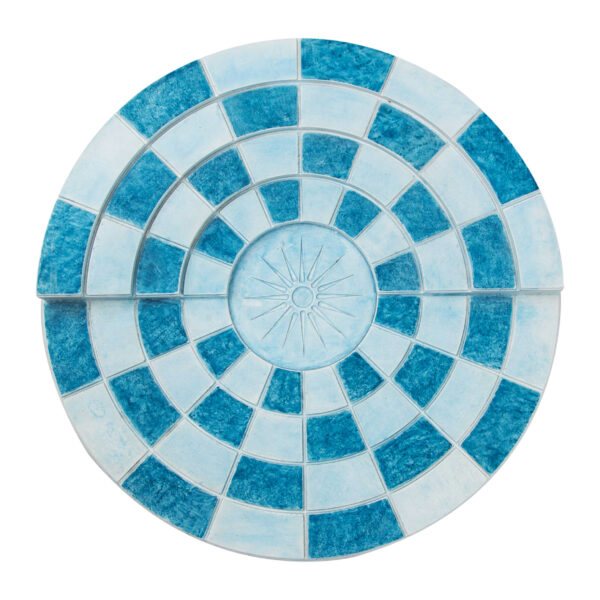 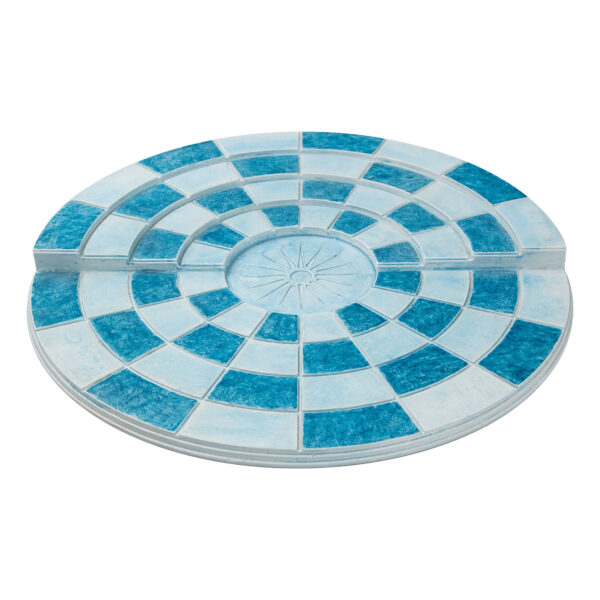 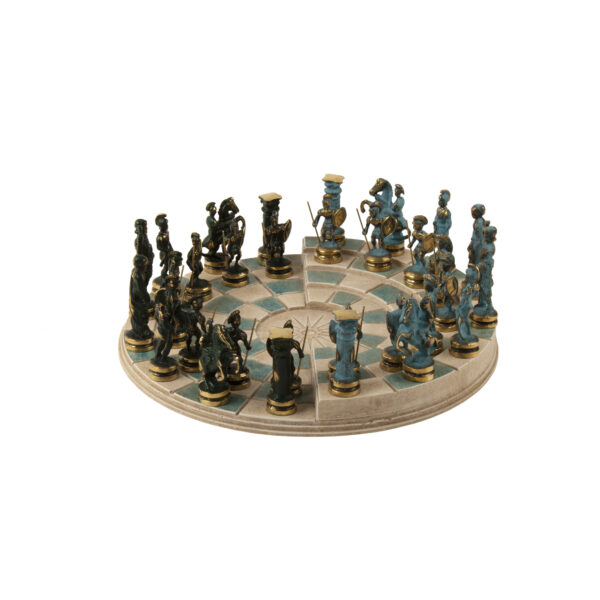 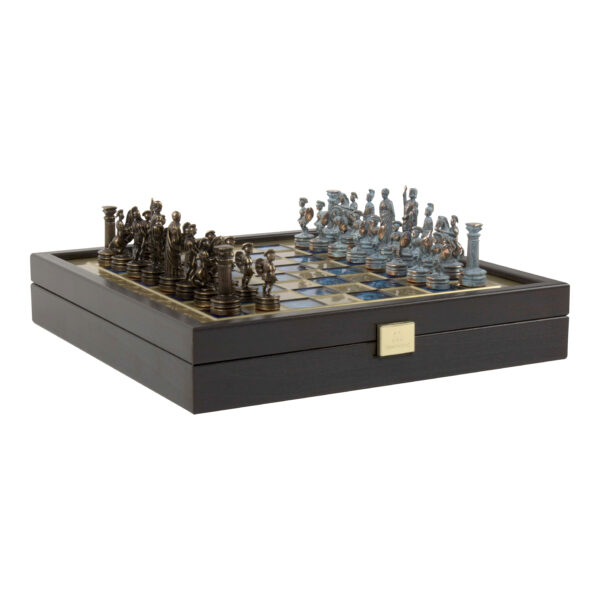 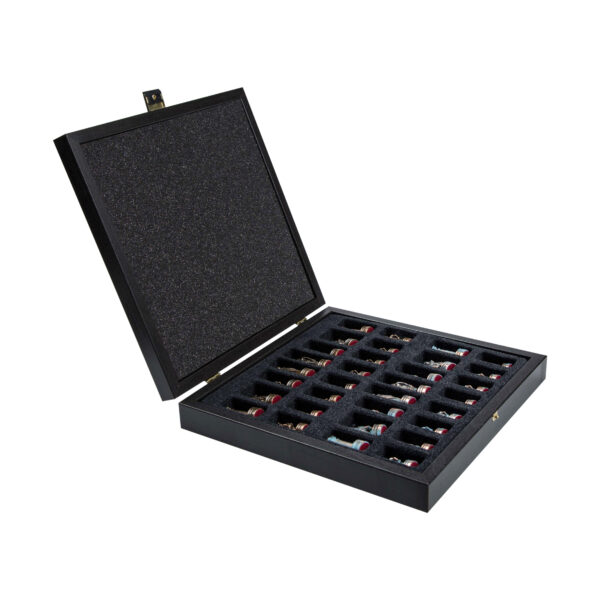 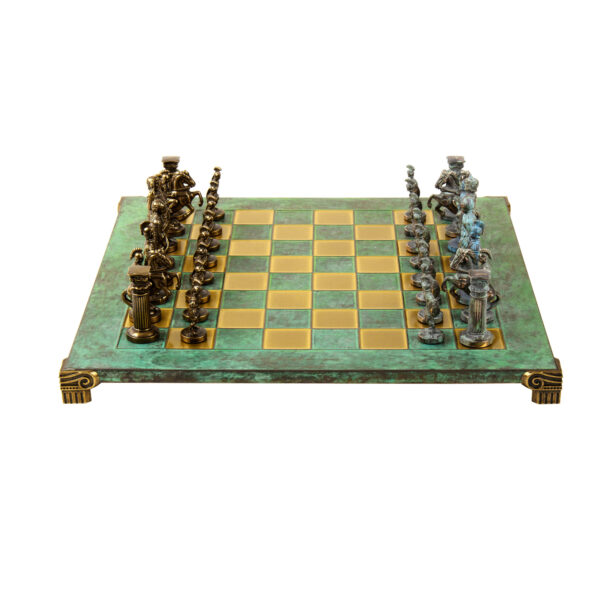 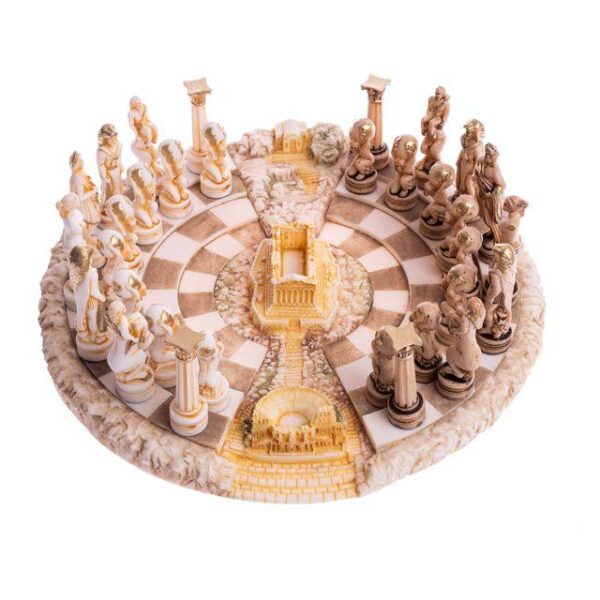 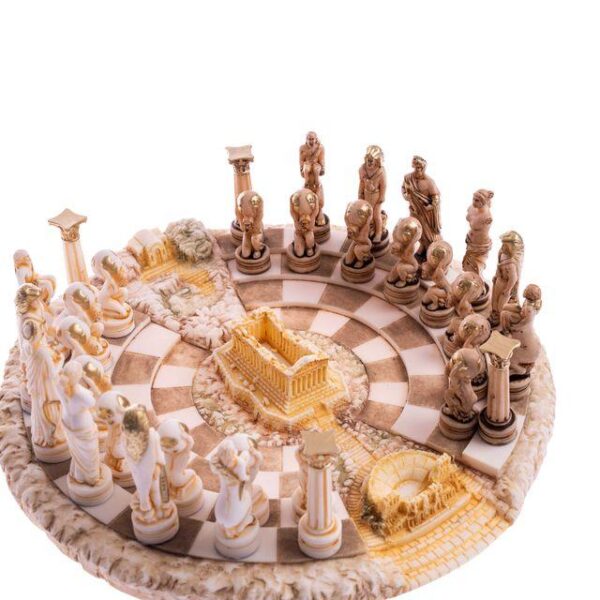 Chess set, Round board, Unique chess with Greek Mythology pieces 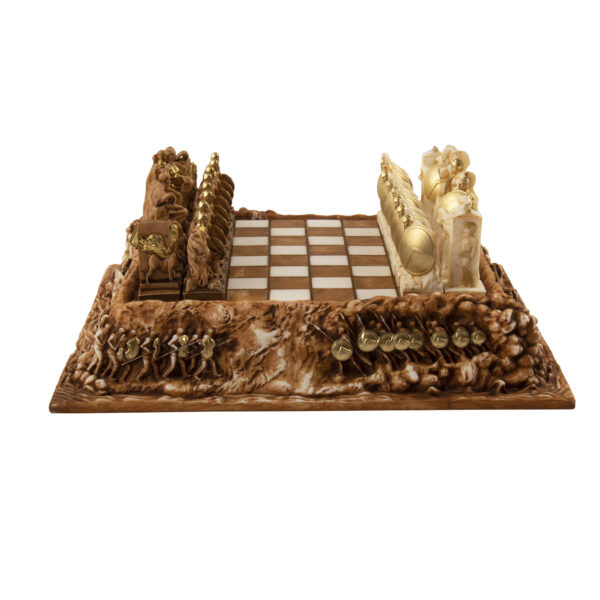 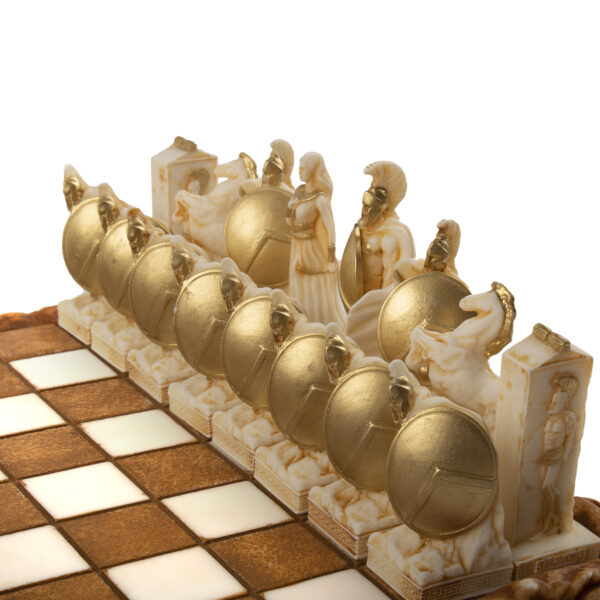 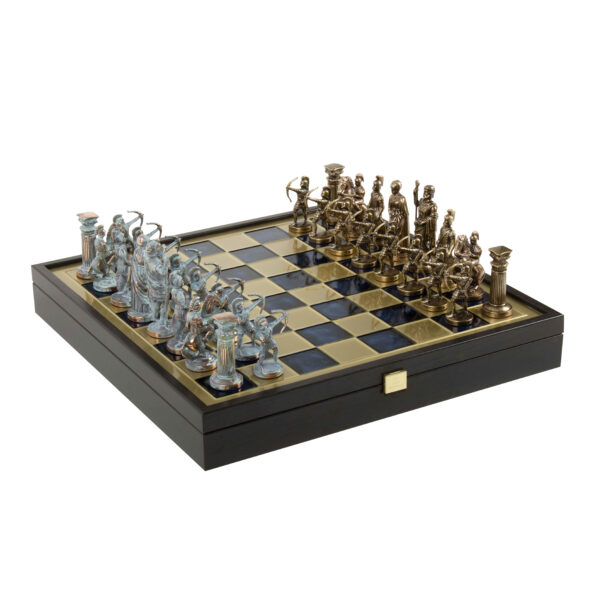 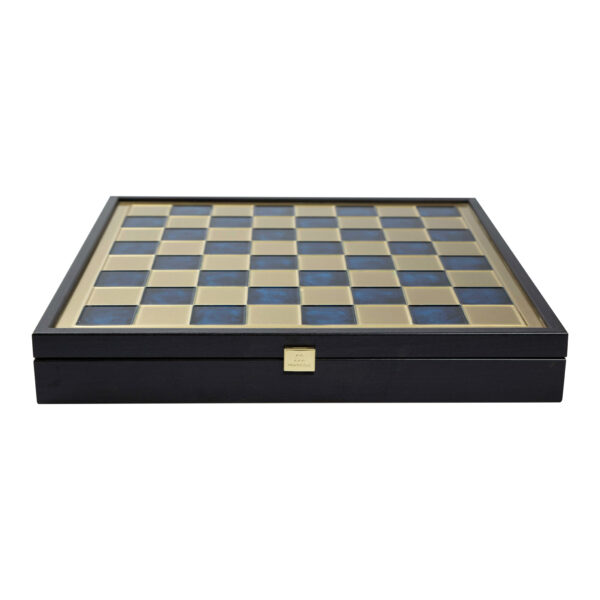 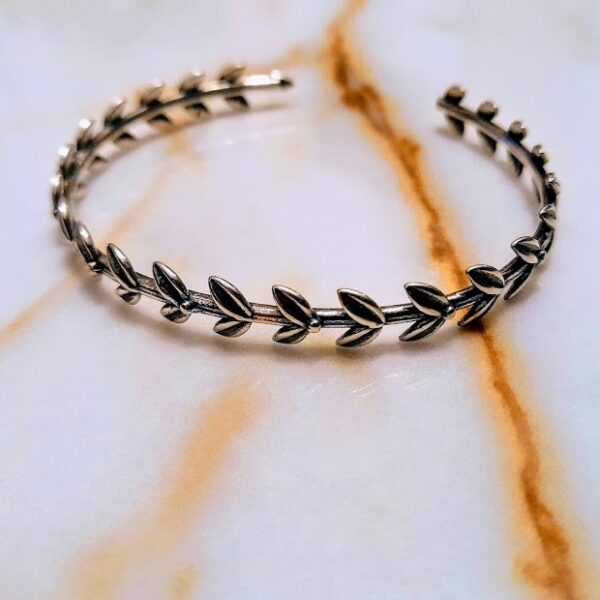 €48.00
close
Start typing to see products you are looking for.